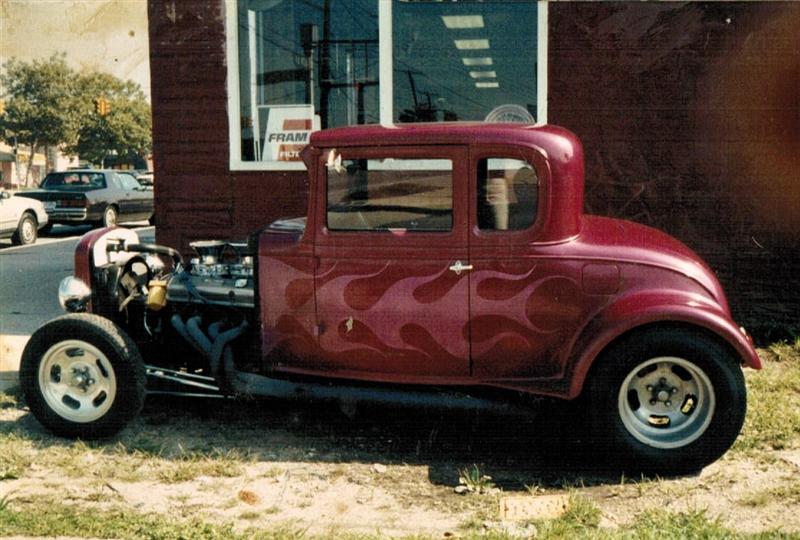 The '31 five-window coupe has long been one of the most popular platforms for a hot rod/custom build.

Rick Wagner bought this 1931 Ford coupe in 1986. At that time, it was painted metal-flake green. Since that time, it's gone from brown and primer in the late eighties, to black primer in the early nineties, then sprayed purple with flames. Presently it is all black.

With the original Ford flathead long gone, the second drivetrain transplanted into the five-window coupe was from a 1968 Mustang 390 GT, Behind the Big Block Ford engine was a four-speed "top-loader" transmission and Ford 9" rear with 3.90 gears. Several years later, the 390 engine was replaced with a 428 big-block from a 1966 Ford Galaxie.

Introduced in 1966 and originally placed in medium and large cars, the 428ci big-block was badged simply as '7 Litre'. Aside from Galaxies and Thunderbirds, they were also found in Mustangs, Mercury Cougars, and Shelby Cobras.

In a Ford Galaxie or Thunderbird, the 428 was good for 345 horsepower, but just a little tweaking put out a lot more. The bottom end was stout from the factory; a cast-iron crankshaft and forged steel connecting rods were standard.

Sitting on top of Rick's 428 big-block is an original Ford medium-rise dual-quad manifold. Carburetors are twin 660cfm center-squirt Holleys. When the carbs are dialed in right, spirited acceleration will lift the right front tire off the ground. 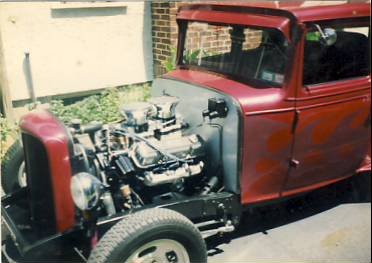 When purchased, the wheels on the 5-window were 14x6 aluminum slots up front and 15x8s in the rear. These were replaced with 15x4 and 15x10 vintage (not uni-lug) Ansen Sprints.

Stopping the five-window coupe are four 10" chromed drum brakes which came off a 1960s Ford Econoline. The firewall-mounted master cylinder is from an early sixties Chevy truck.

The frame is a '36 Ford with transverse springs front and rear. A Pete and Jake dropped tube axle with hairpins carries the front wheels. 4-1/2 foot ladder bars do their best to get the power to the ground. 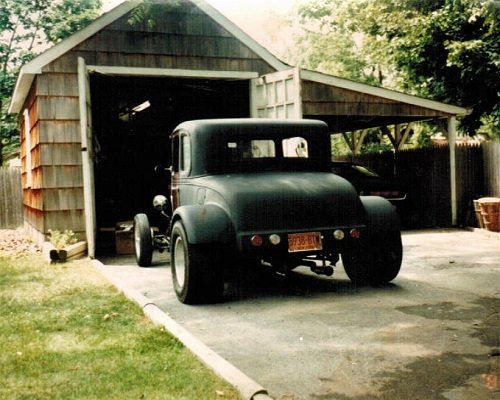 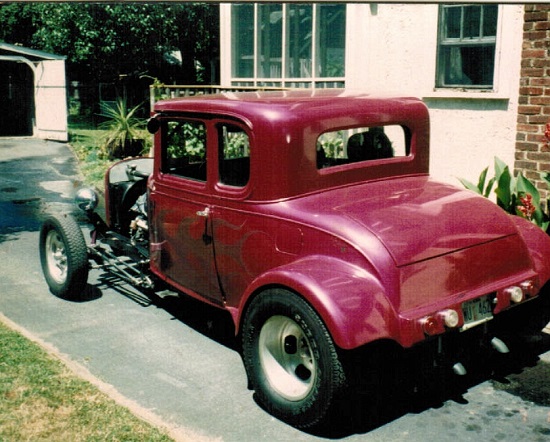 Inside the coupe, the dash is filled with old-school Stewart-Warner gauges. The heater works, as does the one wiper blade. Bucket seats are from a Pontiac Fiero with speakers in the headrest. Rick installed a $10 radio, and adds,

"I'd rather listen to the motor!"