In December of 1931, in the midst of America's Great Depression, Ford Motor Company stopped production of their four-cylinder engine and began manufacturing a new flathead V8. 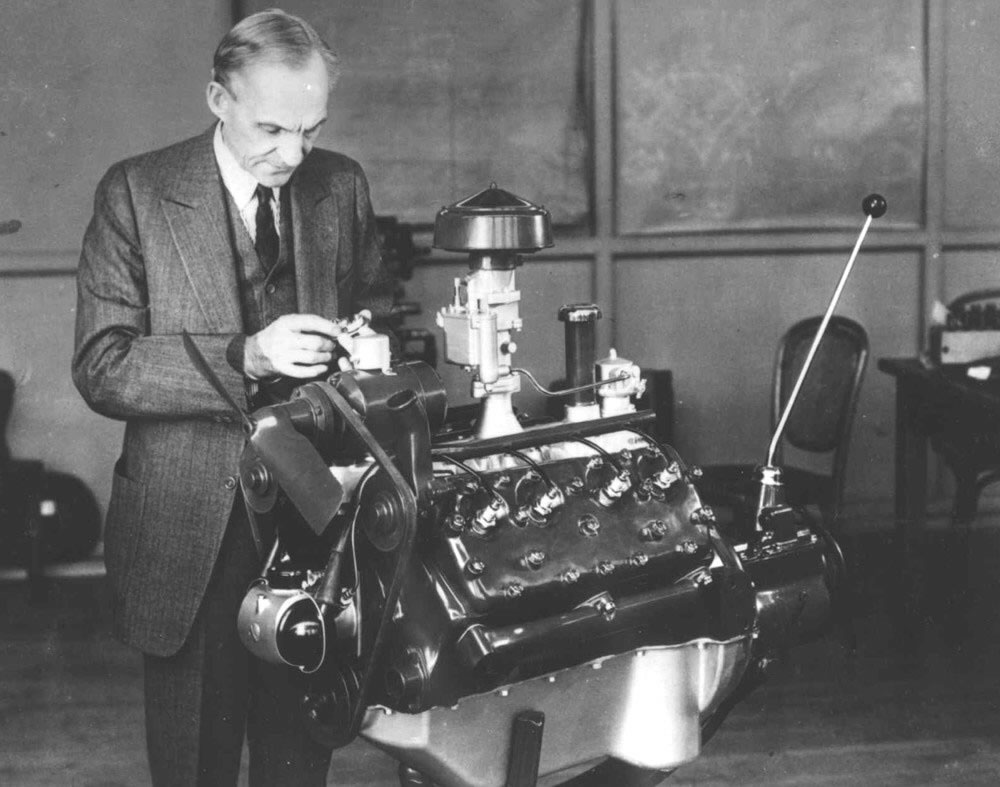 Unlike other V8's of the day (Cadillac, LaSalle, Lincoln), in which the engine block and crankcase were bolted together, Ford designed a one-piece casting with bolt-on exhaust manifolds. The 90-degree V8 motor featured a 0.265" offset crankshaft for reducing piston slap, which allowed a smoother running lower end.

The first-design flathead Ford V8 displaced 221 cubic-inches and had 21 cylinder-head studs. These engines are commonly called "21 stud" flatheads. The bell housing was cast as part of the block. Until mid-1936, poured Babbit main-bearings were still utilized.

Production of the 221ci engine ran from 1932 to 1936. It is easily recognized by the 21 studs per head and the two water pumps mounted to the front of the cylinder heads. 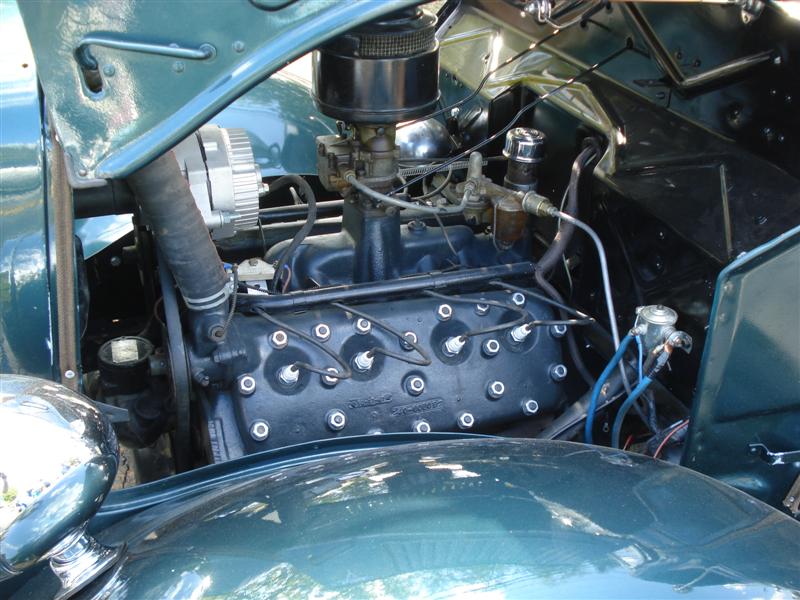 Several issues plagued early flathead blocks, including overheating, casting porosity and cracking near the valve ports. An updated design in 1937 included relocating the water outlets from the front of the heads to the top center of the heads. 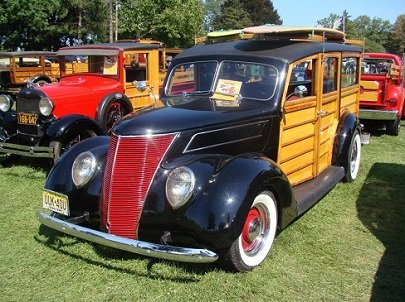 Early Ford flathead V8's are harder to upgrade than later ones, but are highly prized by collector car restorers.

A smaller, 136 cubic-inch V8 flathead engine was introduced in 1937. Known as the "V8-60", it's meager 60 horsepower output made it an unpopular engine choice in American-built cars and trucks. All year "small flatheads" have 17 stud cylinder heads.

Although dropped from U.S. made models several years later, the V8-60 powered several French and British-built Fords up into the 1950's.

Needing a more powerful motor for their new Mercury line of cars, Ford introduced the 239ci "24 stud" engine in late 1938. The main bearings were now insert-style, with full-floating rod bearings (one bearing shell for each rod pair). A direct camshaft-driven front-mount distributor mounted flush to the cover, with a horizontal shaft on the front of the engine. The bell housing was still cast as part of the block.

Producing 95-horsepower and 170 lb/ft of torque, the 239ci Flathead engines were utilized through 1942 for civilian use, and also powered World-War-Two military vehicles. 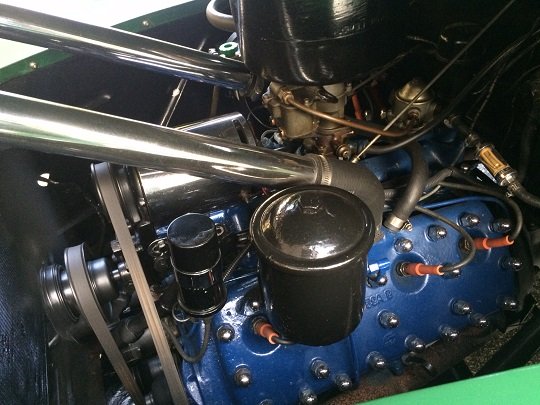 The second-design blocks are often referred to as 59A castings. They retained the integral cast-in bell housing from the earlier blocks. 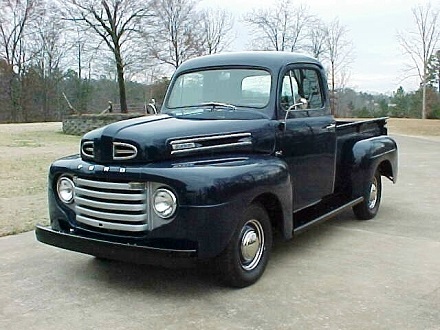 The 255ci flathead was achieved by fitting a 4" stroke crankshaft in 239ci engines. The blocks themselves were the same as earlier motors, but with a slightly higher 6.8:1 compression. The 255 Flatheads were factory-fitted in Mercury passenger cars and heavy-duty Ford trucks.

A revised cooling system had the water inlets and thermostat housings moved to the front of the cylinder heads. The 24 studs and nuts that attached the heads to the block were replaced by 24 bolts, and left and right heads required different gaskets. 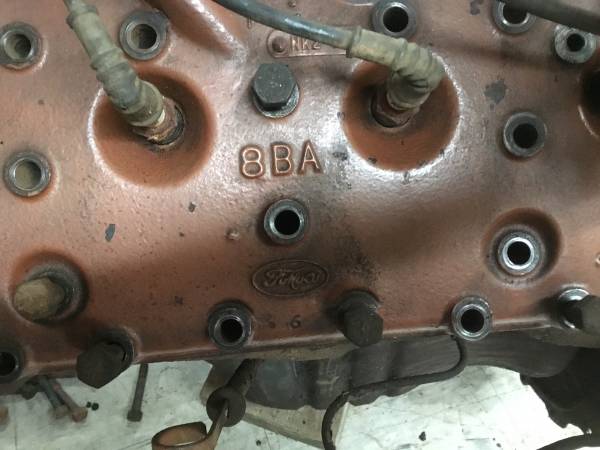 The distributor was now vertically mounted on the right-front of the engine.

NOTE: Early and late distributor styles can be interchanged by using the corresponding front engine covers and cam drive. 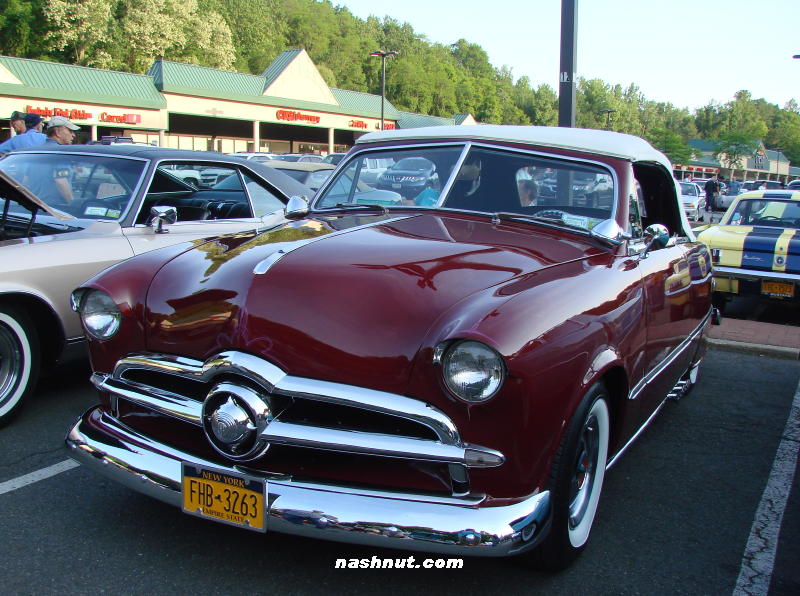 Third-design 8BA engines (8RT for Ford trucks) were produced until 1953.

When Lincoln discontinued their V12 engine, engineers took the flathead V8 design and increased it's displacement to 337 cubic-inches. They were first seen in 1948 2-1/2 ton and 3-ton Ford trucks (with mechanical lifters) and then in 1949 Lincoln passenger cars (with hydraulic lifters).

Aside from it's larger size, a 337ci flathead can be identified by it's distributor, which is mounted at the rear of the motor near the fuel pump. Another visual identifier are the cylinder head bolts; 27 on each side.

Unlike earlier models, 1949 through 1953 flatheads have a bolt-on bell housing. These are the most valuable to hot rodders, who over the years have adapted endless engine/transmission combinations. 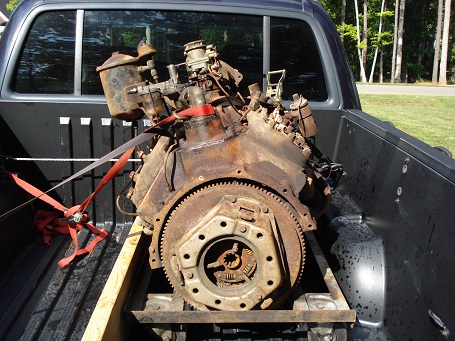 In 1954, Ford discontinued the flathead V8 in favor of a more modern overhead-valve V8 displacing 239 cubic-inches. The new OHV motor had a 15% increase in horsepower over the 239ci Flathead. 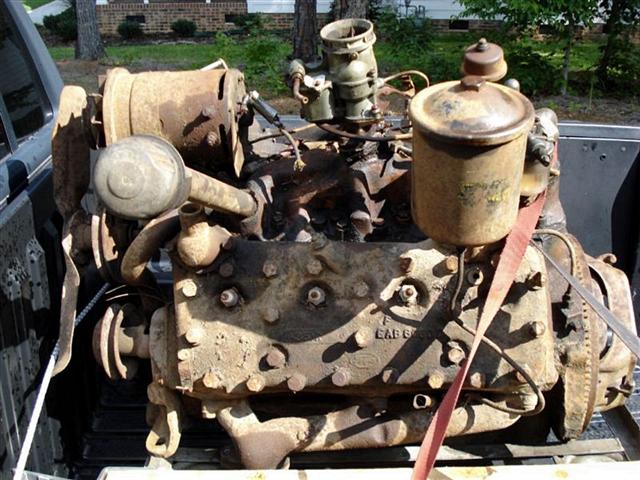 From 1932 until 1953, the Ford Flathead V8 was original equipment in over 25 million cars and trucks. The engine's 21-year production is on "Ward's List of the Ten Best engines of the 20th century".

After the Ford flathead was discontinued in the United States, production continued in other countries. The engine continued to be utilized in French military vehicles through the 1990's, and plenty of Ford flathead parts and upgrades are still available. 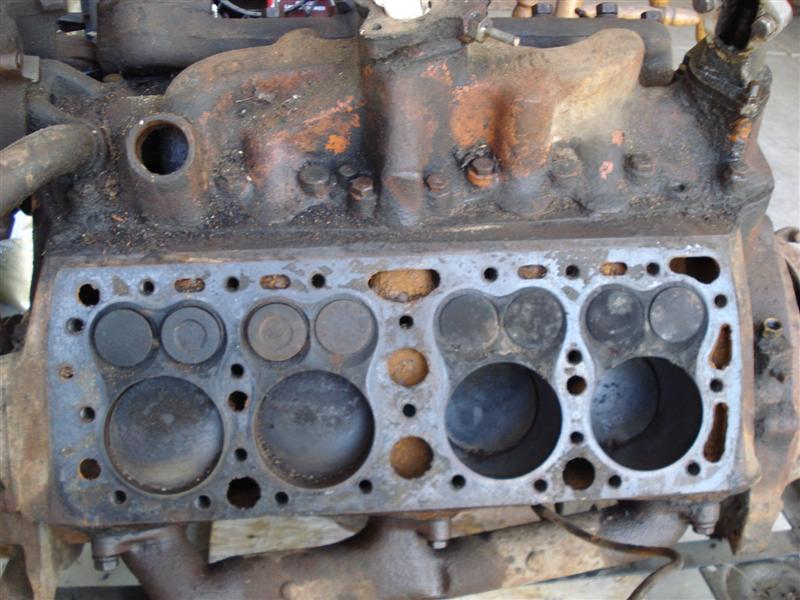 Being cheap and plentiful in the 60's and 70's, the aftermarket embraced the Ford flathead engine with a plethora of performance parts, including multiple carb and manifold setups, exhaust headers, and more radical camshafts. 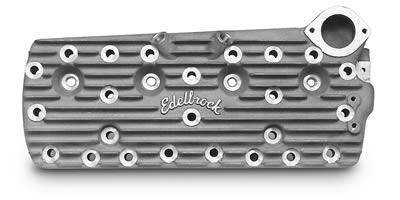 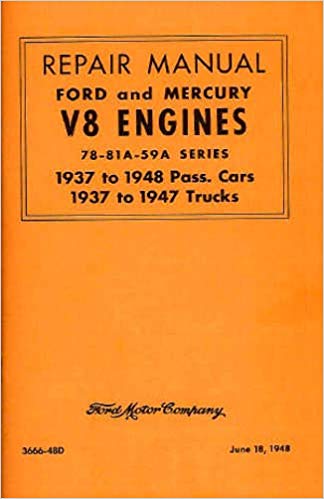