Quite often, a portable air tank is more convenient than rolling out an air compressor hose from the garage, and then rolling it back up. It also inflates tires a lot faster than most 12-volt air compressors. 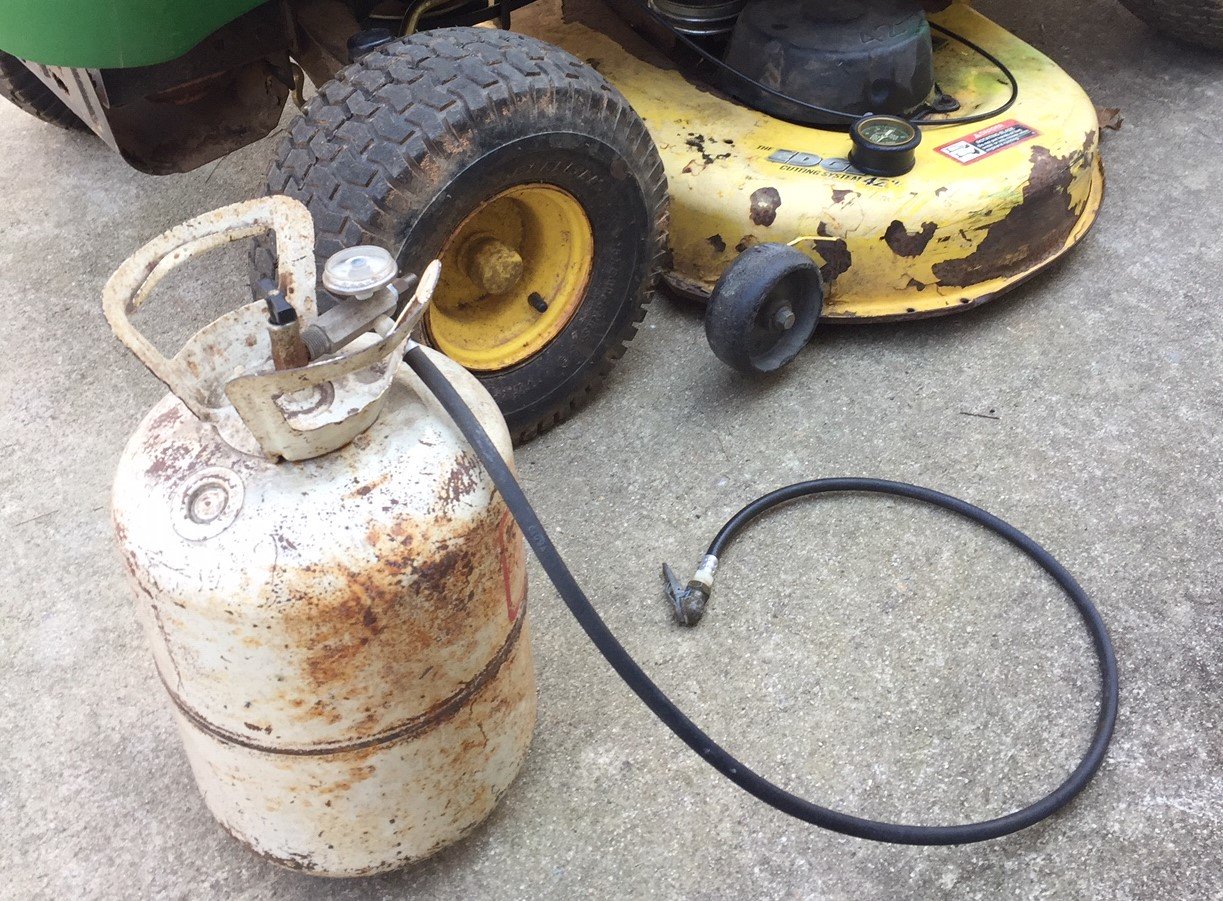 As you can tell from it's outward appearance, I've had my converted air tank for quite a while now. I put it together about 30 years ago and it's been in use ever since! It's nothing more than an old empty Freon tank fitted with an Air Tank Conversion Kit.

From time to time, I need a few pounds of air in one my car's tires. Although I have a garage air compressor, it's often easier to bring the air tank to the tire. I simply fill up my air tank at the workbench, then carry it out to where it's needed. This is especially handy when your project car or truck is in the middle of a field!

The Milton S682 tank conversion kit is designed to convert old R12 Freon tanks to portable air tanks. It's easy to install and works very well. Wrap the threaded parts with Teflon tape while assembling for an air-tight seal. 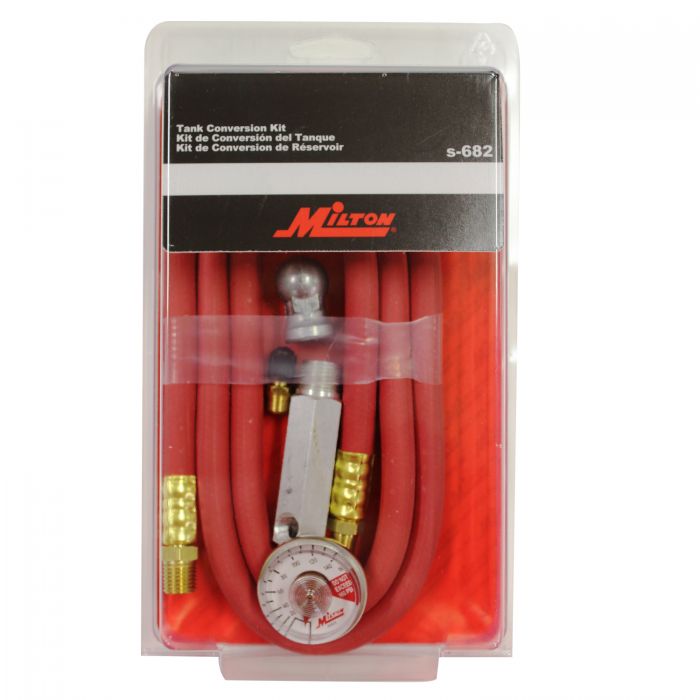 The Milton S682 kit is U.S. made, which is probably why it's lasted so long. 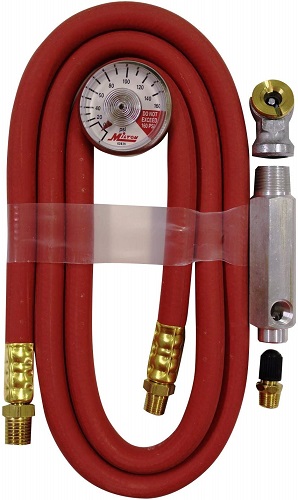 Another good reason to convert an old Freon tank into an air tank is that you're saving metal from sitting in a landfill forever. Re-purposing metal is a worthwhile cause. Every little bit helps.

Caution: Does Not Fit All Air Tanks!

According to Amazon user feedback, the number one complaint against the Milton S682 kit is mis-application. It was designed to convert empty R-12 Freon tanks into portable air tanks, which it does very well. These are the old-style refillable jugs that have the black T-handle, and they're getting hard to find. They are not designed to work on newer, non-refillable Freon tanks (134a and 410a) that have one-way valves to prevent re-use.

Caution: Not For Propane Tank Conversion!

These kits are not for propane tank conversion, although I have seen people on the internet adapting them to work (not recommended). 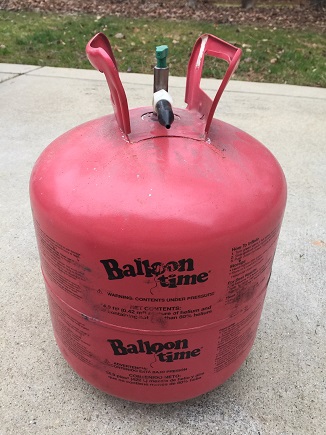 The Milton kit may work with an empty helium balloon tank, as they do have a threaded top. 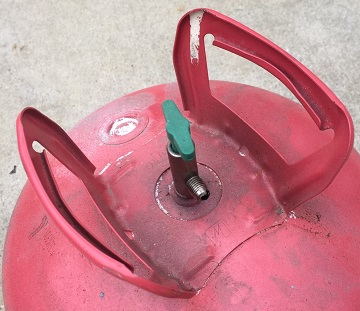 Since my converted air tank is over 30 years old, I no longer fill it up over 100 psi, and have never filled it up past 125 psi. Even at that level (the gauge goes up to 160 psi), a blow-out would not be catastrophic, but I'm sure the noise would scare the heck out of me! 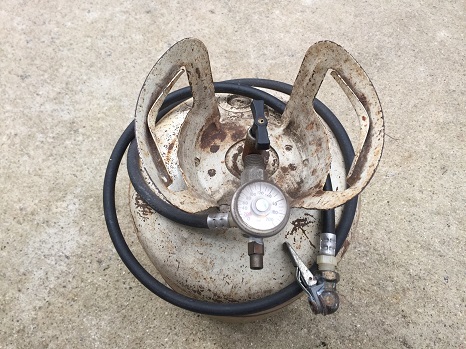