Over the last 40 years, I've accumulated a lot of tools, and every year I keep needing and buying more tools. Most of them are American-made, but quality tools are quality tools, regardless of where they're from.

This article covers the different types and brands of hand tools for automotive repair, primarily wrenches, pliers, screwdrivers, and hammers.

For a complete article on hand-held ratchets, please click here.

Most popular tool brands are no longer "lone" companies, and have become part of a larger corporate family. Every year, tool companies are buying and selling other tool companies.

Tools Made in USA

For decades, American-made tools were considered to be among the best in the world. Many European tools are also top quality, but when manufacturing costs rose, cheap inferior tools started flooding the market.

Before acquiring the Craftsman tool brand in the 1920's, a handful of Sears executives worried that mechanics would not buy shiny chrome wrenches. Apparently, their fears were unfounded. 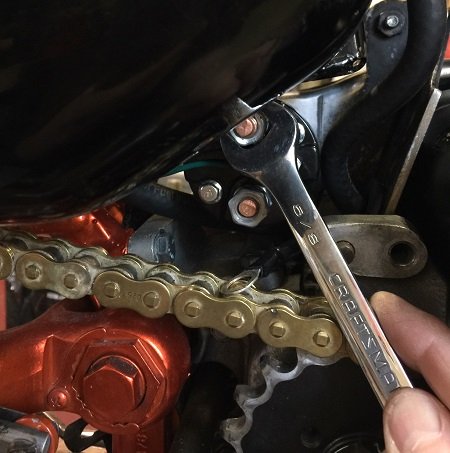 Once 100% USA-made, Craftsman is now a mix of U.S. and imported. They were originally an exclusive Sears brand, made by several tool manufacturers, including Danaher Tool Group, who also manufacture tools for Matco, Allen, K-D Tools and GearWrench.

In 2010, Sears sold off Craftsman tools to the Black and Decker group. Their hand tools still have a hassle-free replacement warranty.

Around 2012, NAPA auto parts stores started carrying Carlyle hand tools as their exclusive house brand, which means you won't easily find them elsewhere. Although the majority are Taiwan made, some of them are made in the U.S.A. 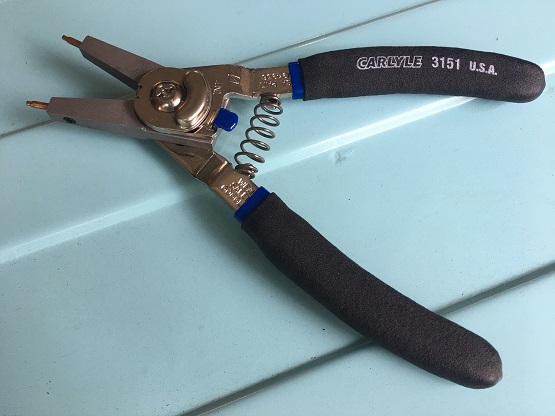 With the exception of torque wrenches, all Carlyle hand tools carry a lifetime warranty.

DeWalt tools are made in multiple countries, including United States, Mexico, Brazil, China, Italy, Czech Republic, and the United Kingdom.

Stanley Works merged with Black and Decker in 2010, and is now called Stanley/Black and Decker. Their home base is New Britain, Connecticut, and they are a Fortune 500 American company. The company also includes Porter Cable and Dewalt.

Based in Arlington, Texas, Martin Tool and Forge has been a family owned business since 1917. All Martin tools are U.S. made with the highest quality materials and engineering. Automotive specialty tools include hammers, dollies, and spoons. 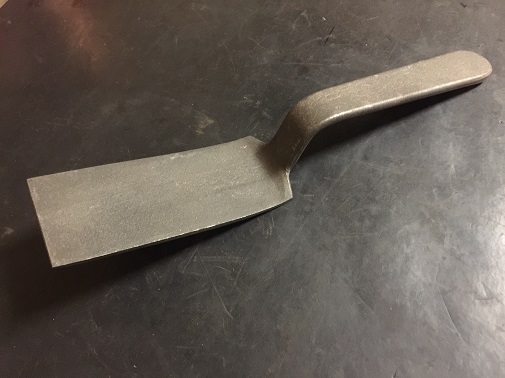 Mac Tools are predominantly USA made with very few import items. They were acquired by Stanley Works in 1980. In 1984, Stanley Works purchased Proto from Ingersoll Rand and it became Stanley Proto. In some cases, a Proto item will be near or completely identical to a Mac item in all but color and price. 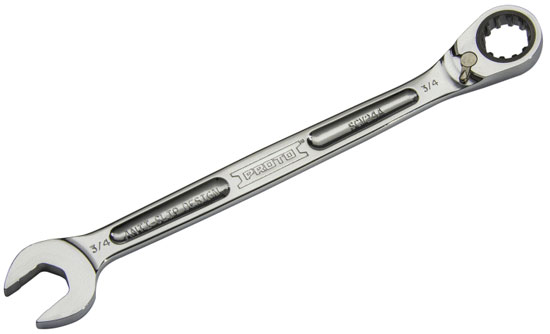 S-K Tools is another old American tool company. They used to be sold at many auto parts stores up into the eighties. In 1985, S-K became part of Facom Tools. They were nearly out of business, but came back after being purchased by Ideal in 2010. 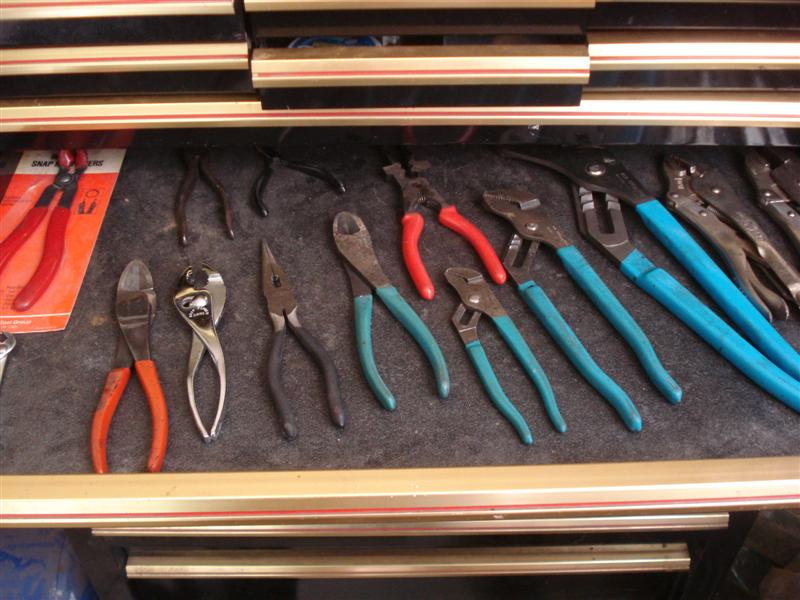 Most Snap-On and Matco tools are still made in the U.S., although no longer 100%. 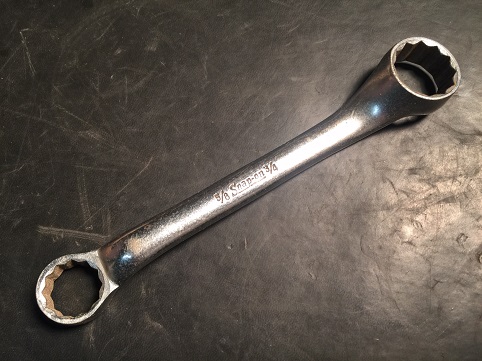 Although largely internet based, Tekton does sell in a few brick and mortar stores as well. They also have a good selection of shallow and deep impact sockets. 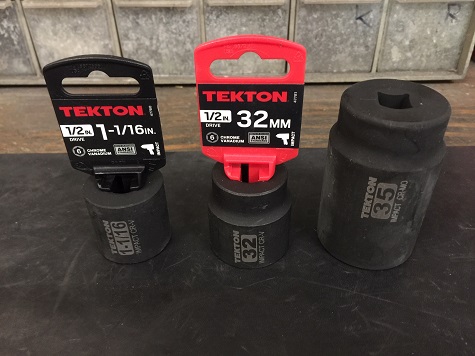 They are a U.S. based company, but a large part of their selection is sourced from Taiwan.

Ohio-based Wright Tool is a privately owned company that focuses on the industrial market. They produce very high quality tools. Wright Tool doesn't have as many tools in their line up as other companies (like auto specialty tools), but they are 100% made in the USA with U.S. steel.

Williams Tools was acquired by Snap-On a few years back and now they're technically Williams Tool Group, and operates as Snap-On's industrial tool division. Be aware that there are two Williams lines - one is U.S. made, while the other is Taiwan-sourced.

Many modern hammer designs in use today were originally introduced by Vaughan Manufacturing, who have been around for over 135 years. Located in Walnut Ridge, Arkansas, manufacture of a Vaughan hammer starts with U.S. made, high carbon steel. They are made with an attention to detail that is exceptional.

Armstrong is known for their very unique looking ratchets which are of excellent quality. However, they be hard to find. Fastenal is one place that sells them.

Klein Tools has been manufacturing tools in America since 1857.

In 1995, Japan-Industrial brand "DEEN" began offering tools, and are one of the best-known brand tools in Japan. Other brands include Asahi, Fujiya, Kyoto, Ko-ken, Keiba, and Vessel. The Japanese-built Kokon is sometimes referred to as the "Japanese Snap-On".

JIS stands for "Japanese industrial standard", and JIS screwdrivers are designed to be used on Japanese products and vehicles such as Honda, Shimano, and many others.

Looking closely at the tip of a JIS screwdriver, you'll see it's slightly different from a Phillips screwdriver. The bottom of the JIS blade is flat, and the point of the driver is blunt. A JIS screw can often be identified with a small dot on the top of the screw.

Today, some of the Pacific Rim tool manufacturers are stepping up quality and producing a quality product at a reasonable price. For instance, Taiwan-made GearWrench and Kobalt are a good tool for the money.

Chances are you already have some basic hand tools. For automotive repair and old car restoration, these should include the following: 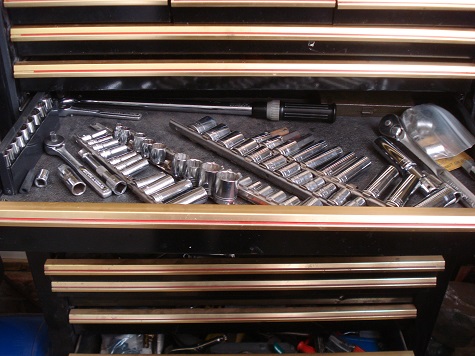 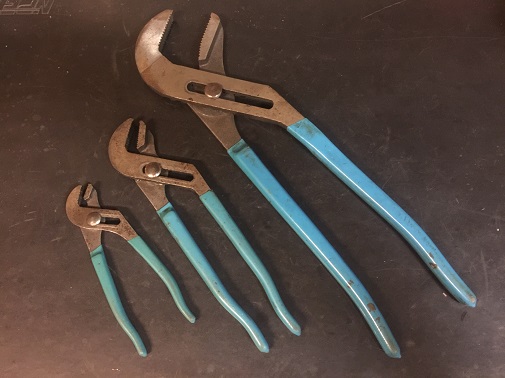 I bought this trio of Channellock pliers over 30 years ago. The set includes 12", 9.5", and 6.5" slip-joint pliers. All three sizes see constant use, not only in my garage, but around the house and yard as well.

To prevent stripped nuts on power steering hoses and transmission lines, use flare-nut wrenches to loosen and tighten the ends. An open end wrench can be used to speed up the process in between loosening and tightening.

Japanese and European cars use metric tools, American-made cars used fractional tools until the 1980's, and vintage British cars use Whitworth tools. These are often confused for, and not the same as, fractional or metric sizes. 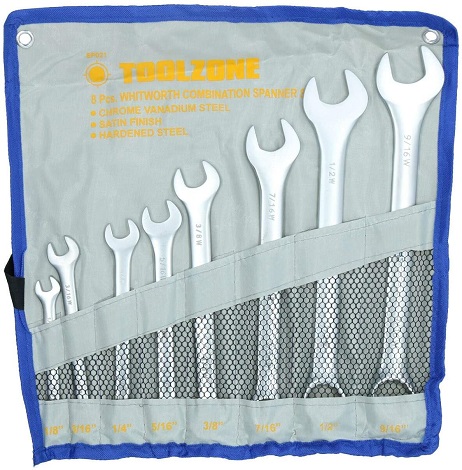 Several British manufacturers continued using Whitworth sizing into the late sixties, and to make things more confusing, some seventies British vehicles had a combination of sizings.

Hand Tools - Use and Abuse

You should care for your tools and properly use them. I have broken more tools than I care to admit, but admittedly from misuse and frustration.

Always buy the best hand tools you can afford - they reduce fatigue, are less likely to break, and will last a lifetime. Quality tools will be kept and used for generations to come.

"Good tools, as a rule, don't wear out, and good secondhand tools are much better than inferior new ones." - Robert Pirsig, Zen And The Art Of Motorcycle Maintenance