Before I bought this Jaguar XKE, it had been sitting non-running for over ten years. The first step in getting the engine running again was rebuilding the carburetors and going over the rest of the fuel system. 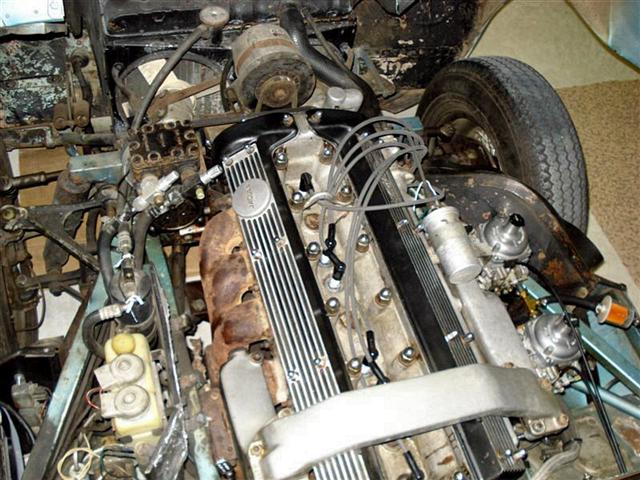 The fuel pump and tank are both serviced from the trunk, and needed to be checked. However, the only trunk key I had snapped in half as I turned it in the cylinder. Calling a few local locksmiths yielded more futility, leaving me no alternative but to drill out the lock cylinder. Trouble was, the trunk lock is not on the trunk lid. It's inside the car, on the vertical panel behind the right front seat, and not accessible with the top down. So, with the convertible top up and out of the way, drill in hand, hunched over the passenger seat backwards, I drilled out the original cylinder. The trunk could now be opened. 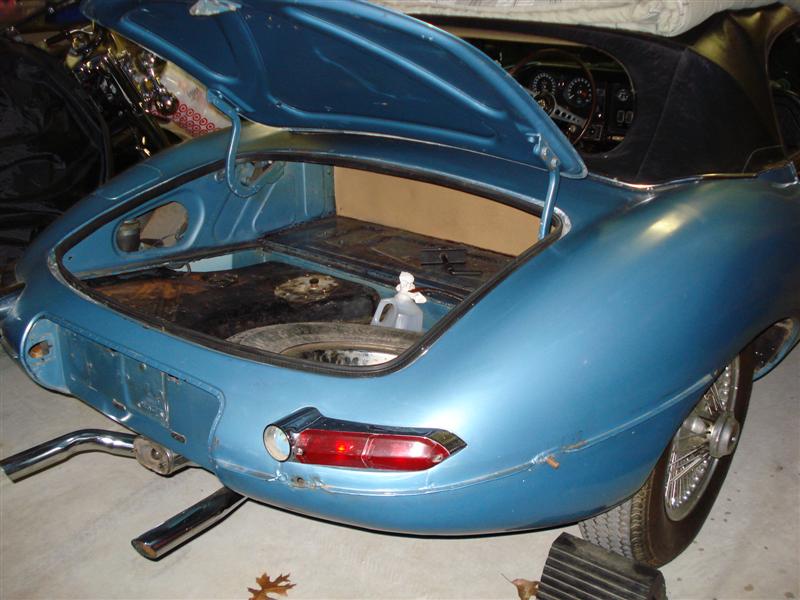 The electric fuel pump was replaced, and the fuel lines were blown out with air, and two in-line filters were installed. A plastic gas jug was temporarily substituted for the varnished fuel tank.

Changing the Oil and Filter

After draining the engine oil, remove the oil filter and replace. Like many pre-70s cars, the oil filter is not a spin-on type, but a cartridge inside a housing. A center bolt pulls the cover onto an O-ring in a groove.

If the vehicle hasn't been run in a while, remove all six spark plugs from the cylinder head and pour light-grade oil into the spark plug holes. Let the oil drain down, through the engine and out of the oil pan. After reinstalling the drain plug, refill engine with correct weight oil. I used Castrol 20/50 GTX. The E-type takes about eight quarts.

After disconnecting the ignition coil for safety, I was ready to crank the starter motor to see if it works. Do this step with the spark plugs removed (with plug holes covered by a rag). It'll be easier to turn over.

With the spark plugs back in except for one, screw the compression gauge into that cylinder hole. A helper can hold and monitor the gauge. Crank the engine about 20 seconds, then wait 20 seconds. If the needle has moved, it indicates oil pressure. Mark down the measurement, re-install the plug and move on to the next cylinder. The compression check netted good results for all six cylinders. 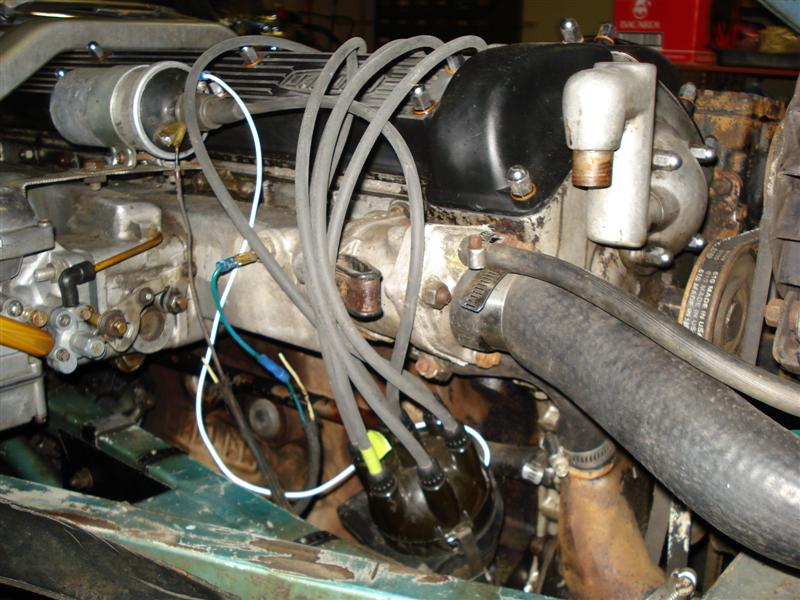 Cranking the motor revealed no spark at the spark plugs. A session of electrical troubleshooting found the no-spark problem - a defective aftermarket electronic ignition unit someone had "upgraded" the car to. Re-installing stock points and condenser solved that problem. The motor was now getting spark and fuel. 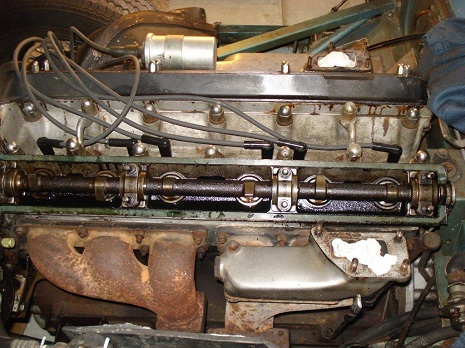 After removing the rocker covers, valve timing was checked and gaskets replaced. Both camshafts looked fine. 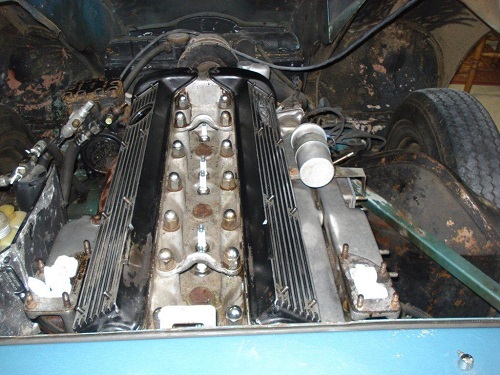 Nine months after I brought the Jag home, it was ready to be fired up. I rolled the car out of the garage onto the driveway, got in and dropped the top. As I pulled out the choke cable, I said a quick prayer to the Car-Gods, and turned the key. The engine sputtered. After the third try, the motor came to life.