All Gen-1 small-block Chevy's have the same valve-train assembly. The components include lifters, push rods, rocker arms, rocker nuts, and rocker balls. All components get lubricated prior to assembly.

During reassembly, supplies needed include moly lube ( the same stuff you use on the camshaft) and a squirt can of motor oil. This is necessary so that there will be no bare metal rubbing on metal during start-up.

Most SBC rebuilds include camshaft and lifter replacement. If the lifters are new, they can go in any order in the block, but if you're re-using the old ones, they must be put back in the same bore they came out of. If you put used lifters back anywhere, they'll wear out much quicker once the engine is running again.

On every engine build, parts go from static to running. This is why it's essential that during re-assembly, all parts are lubricated. Use the same type of lubrication that you use on the cam lobes on the bottom of the lifters. Oil the sides of the lifters with motor oil. The lifters should drop right in. 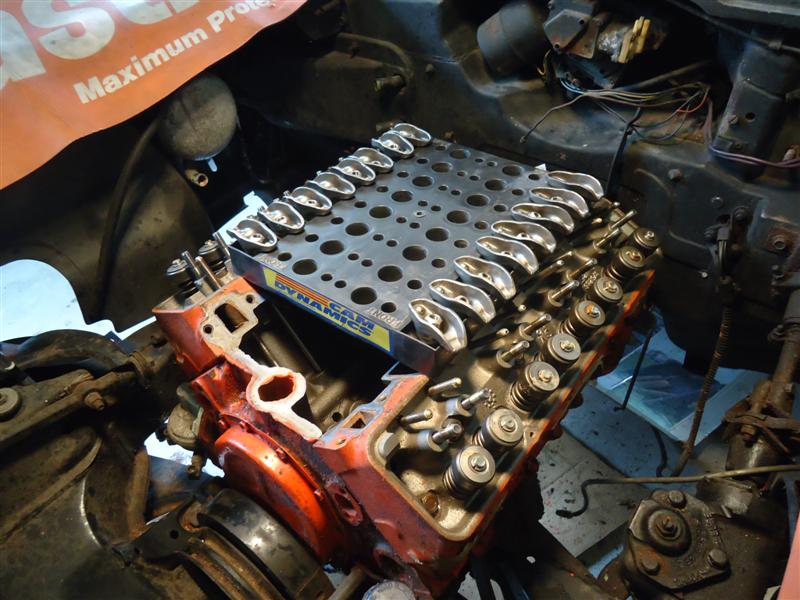 If you used a valve-train organizer tray, place it near the engine. Like the lifters, old push rods need to go back to the spot they ran in. Put a dab of assembly lube on each end before installing.

The #461 castings on this 327ci engine are pre-guide-plate heads. Guide-plate heads have large round holes as the plate keeps the push rod positioned. On early small-blocks, a rectangular hole with semicircle is all that was used. 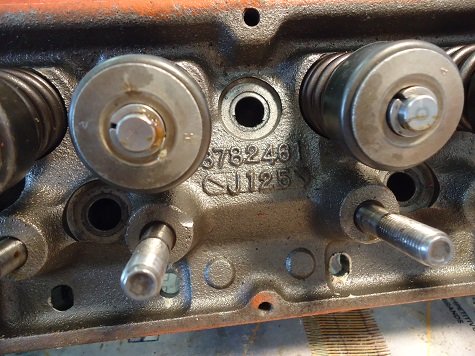 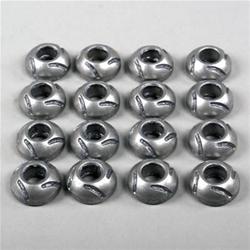 Lubricate the rocker balls too, before you put them in. I'm upgrading to grooved rocker balls, which hold additional lubrication for better protection against galling. Tighten the rocker nuts only finger-tight for now.

Adjusting valves with hydraulic lifters does not require shimming and is quite simple. Hydraulic lifters contain a small hydraulic piston, which is pressurized by engine oil. The piston acts as a hydraulic spring that automatically adjusts the tappet clearance according to the oil pressure. This makes the valve actuation self-adjusting and there is no need to shim the rockers. 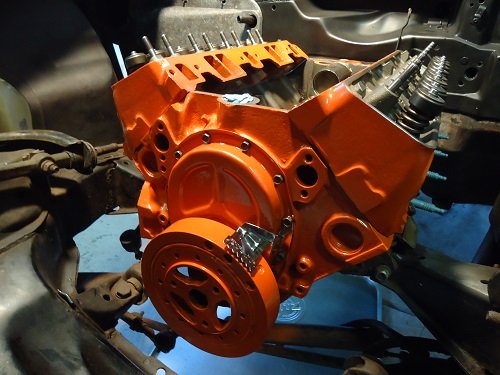 Hopefully, you left the engine on Top Dead Center before you installed the cylinder heads. If not, use a breaker bar and socket and turn the harmonic balancer so that the "0" mark lines up with the timing tab. To check that you are on #1 cylinder, the lifters on #6 will be rocking (intake just opening and exhaust just closing).

Next, turn the engine 1/4 clockwise (facing the front of the motor) so the #5 cylinder lifters are rocking. This is TDC on cylinder #8. Repeat the above procedure. Continue turning the balancer 1/4 at a time, and adjust cylinders 4, 3, 6, 5, 7, and 2. You will turn the balancer around twice and make four stops each pass (2 x 4 = 8 cylinders).

Be careful not to over-tighten, all you need to do is take that play out of the push rods, and the little hydraulic piston in the lifter takes up the rest.

After all 16 rocker arms are adjusted, bring the engine back to TDC (#6 lifters rocking again). This is where you need to be for the next step in engine reassembly - installing the distributor.