In the early eighties, the previous owner of this '66 Corvette began a complete frame-up restoration of this car. The body was taken off the frame, and the motor and transmission were removed. He also removed the front and rear suspension and brakes, painted the frame, then re-installed the suspension and brakes with all new parts. 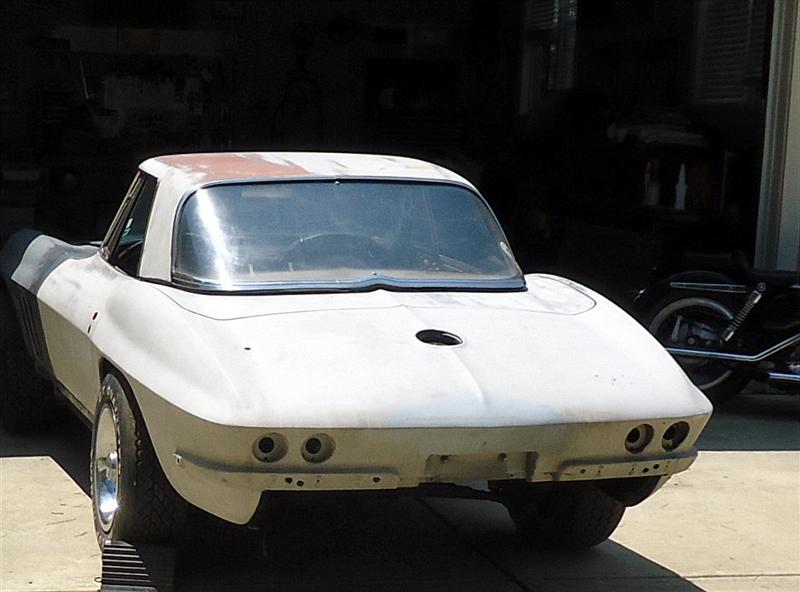 While he was doing all this work to the chassis, the engine and transmission were being professionally rebuilt. Once done, they were then re-installed on the frame. After the body was back on the frame, the bodywork was done and put in primer.

Sadly, the owner passed away before finishing the restoration. The car was kept in storage by his family for 26 years before they decided to sell it. 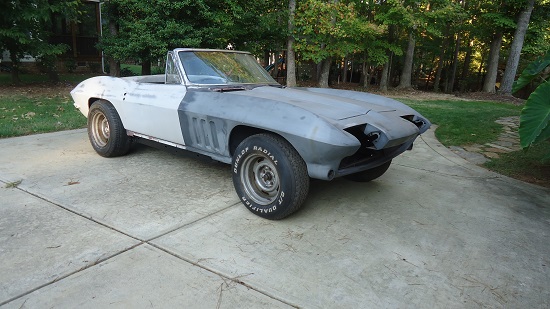 When his family finally decided to sell the car, they chose to ask me first, because I had previously helped them with a few of their other vehicles, and they knew I owned and restored a 1982 Corvette. 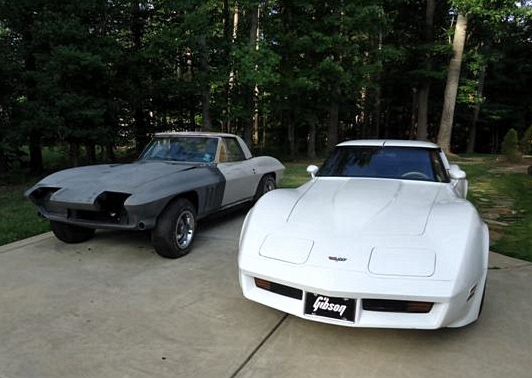 More so than most other cars, correct documentation will increase the value of a classic Corvette. There's several places to look for vehicle ID on old Corvettes. The body and trim plate will be on the left-side door pillar, and there's a VIN plate behind the glove box door.

There are several Corvette sites that will help you decipher the VIN code. One of the easiest to navigate through is VetteFacts.com

The original exterior color was Ermine White. The fiberglass body panels were straight and had not been modified. Inside, the roadster had standard black vinyl seats. The door panels and seats were in good condition, the dash had not been hacked, and all the original factory gauges were still there. 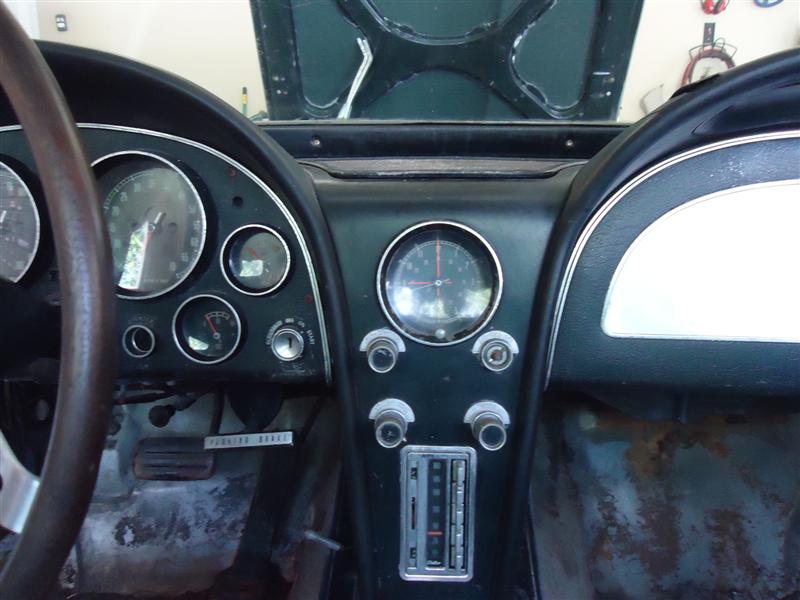 This 1966 Corvette Stingray roadster is very original and has seen little use in fifty years. Last registered in 1983, the odometer shows just 44,553 miles.

As soon as we winched the Corvette out from the garage where it sat for 26 years, the front caliper seals began leaking brake fluid all over the tires and brake rotors. 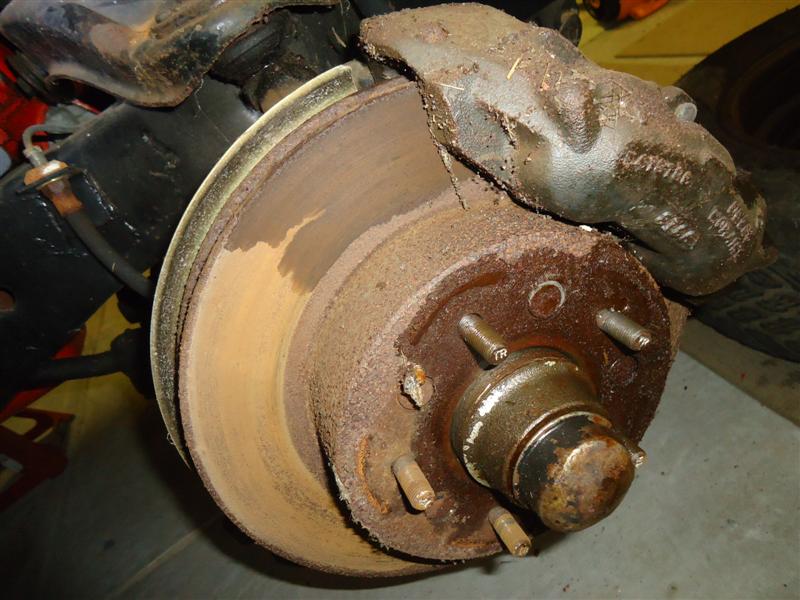 Although rebuilding a vintage Chevy small-block was far more rewarding than rebuilding calipers, it's the brake system where this restoration began. Every brake component on the car was rebuilt or replaced.

This Corvette still had it's original L75 motor, a 327ci small-block rated at 300 horsepower. With the exception of the aluminum valve covers, it is all original. The numbers on the VIN plate match the engine block, cylinder heads, intake and exhaust manifolds, and carburetor. They all have the correct date-code castings. 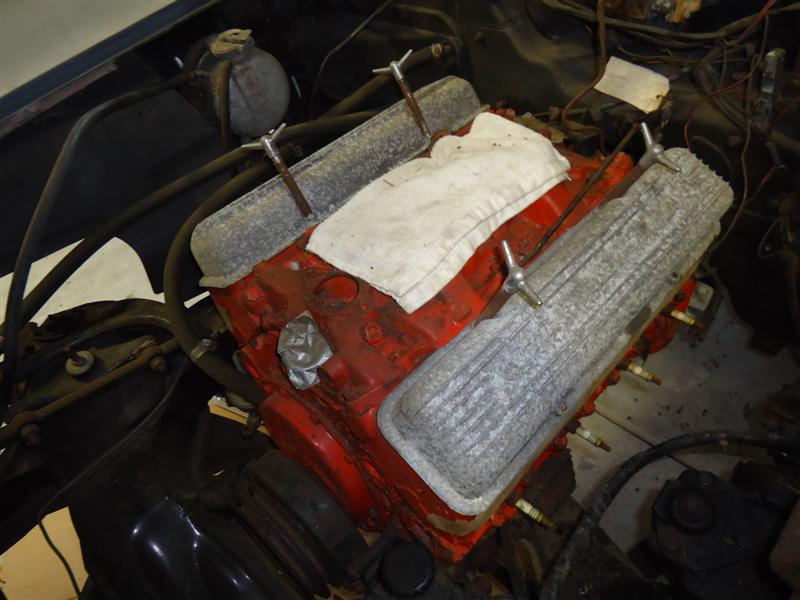 Corvette Engine Before and After Rebuild

Power steering was an option on Corvettes from 1963 to 1976, and became standard equipment in 1977. Although the pumps and gearboxes changed several times, the power steering control valve and cylinder remained pretty much the same. Rebuild kits for the P/S cylinder are the same for all C2 and C3 Corvettes (1963-1982).

As far as factory options, this Corvette had just four; automatic transmission, power steering, AM/FM radio, and an auxiliary hardtop. The removable hardtop was in place when I bought the car. Rolling stands like the one pictured are offered by many aftermarket suppliers. 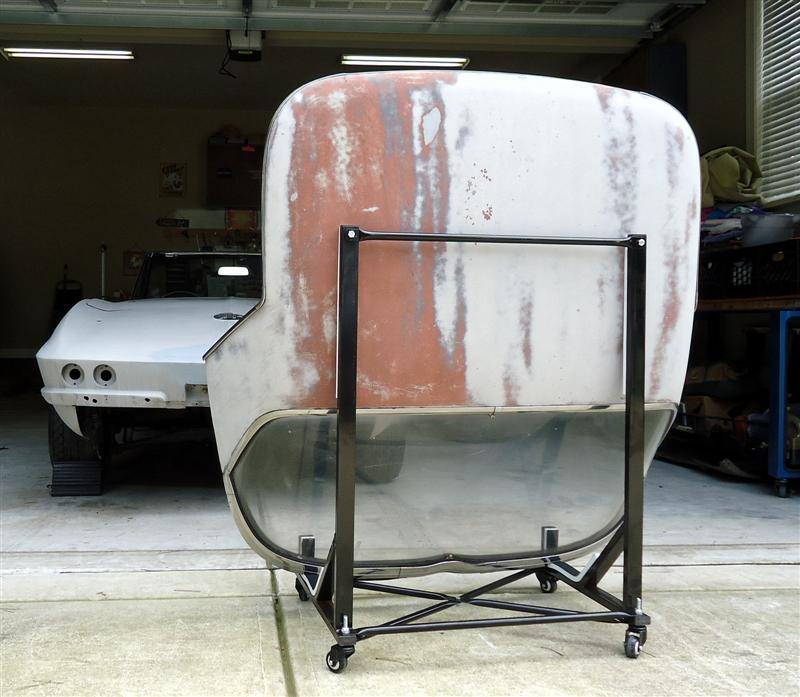 After five years of restoring the Corvette on and off in my spare time, I met a classic car collector from a nearby city. The '66 was the exact year and model he was looking for. Although the restoration was not completed, he offered me a good price for the car, as it was.