When the modern Pontiac V8 was introduced in 1955, it displaced 287 cubic-inches. Over the years, displacement increased several times, but external dimensions remained about the same. 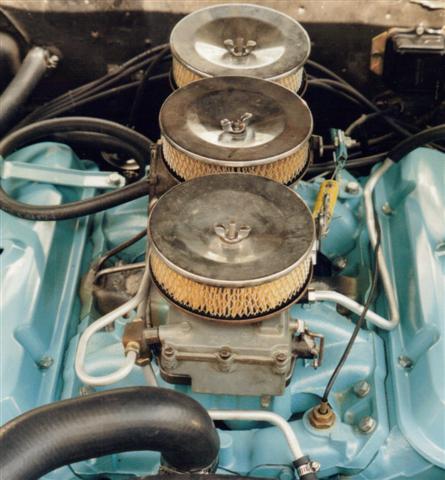 Besides a variety of displacements, the Pontiac V-8 block saw a number of other changes over the years, including starter locations, main-journal diameters, engine-mounting points, and transmission bell-housing bolt patterns. Parts interchange is still pretty good, but do your homework before swapping parts.

With the motor out of the car, the GTO motor rebuild began with cleaning and disassembly, followed by careful measuring of internal components.

The cylinder bores measured .040" over and had no ridges on the top of the cylinder walls. Since all eight bores were in allowable tolerance, honing and re-ringing the pistons was all that was needed.

After inspecting the pistons and connecting rods for wear, the crankshaft was measured and showed .010" under stock on both the main and rod journals. While the crank and rods were at the machine shop being balanced, the cylinder bores were honed.

Having previously rebuilt a 400ci Pontiac motor from a 1969 Firebird, I was aware of the tricky two-piece rear-main rope seal. Installing it so it doesn't leak requires one side to be tucked slightly in and the other side sticking slightly out of its cap. Same thing for the other half of rope seal in the cap.

After lubing and carefully installing the cam, a new double-roller timing chain was fitted. The cam gear was set to "0" degrees.

Piston rings should be checked in their prospective bores before installing on pistons. Top rings were gapped at .016" and the second rings at .013". A piston ring installer is essential for this.

After the pistons and rods were in, the rod bolts were torqued to 45 ft/lbs.

In 1967, the 389 Pontiac engine was enlarged to 400 cubic-inches. The cylinder heads were redesigned and featured larger valves (2.11" intake and 1.77" exhaust). They were better breathing than earlier heads, and made more power.

In stock trim, the 1965 GTO 389ci Tri-power motor was rated at 360 horsepower. In a properly prepared car, that was good for 14-second quarter-mile times. But I needed to make a little more power.

The 389 heads that came with the 1965 GTO were not correct, nor were they in good shape. After doing a little research, I found a pair of 1969 Ram-Air 3 heads (cast #16), which have the large valves and better breathing. They fit on the 389 block with no problems and will work fine, providing you use push rods, rocker arms, and valve covers for the 1967-up Pontiac 400 motor. 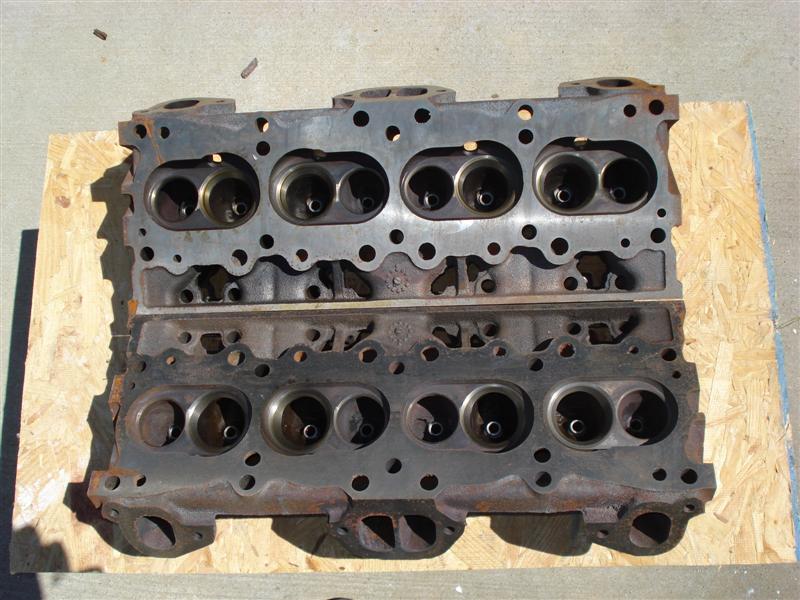 By using Pontiac Ram-Air III heads on the 389 block, the factory Tri-power engine output of 360 horsepower is significantly higher.

The motor was painted Pontiac "Robins Egg Blue" from a spray can. 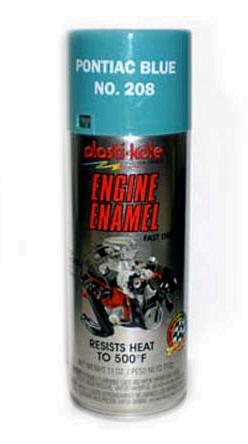 Pontiac V8's have just ten head bolts, so correct torquing is critical. They are to be tightened to 90 lb/ft in 20 pound intervals.

On hydraulic cam motors, rocker arms are adjusted by tightening them to 20 lb/ft.

Intake manifold bolts get tightened to 40 lb/ft in 10 pound intervals.

After the Tri-power carbs were rebuilt and reinstalled, the GTO engine looked, sounded and ran great. The #068 cam gives a nice lumpy idle and all the torque you'd ever need for the street. 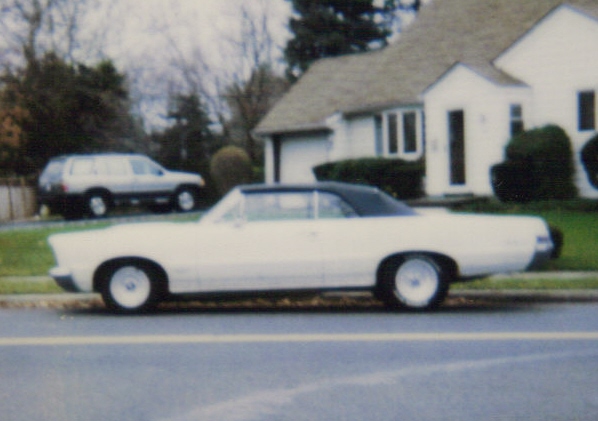 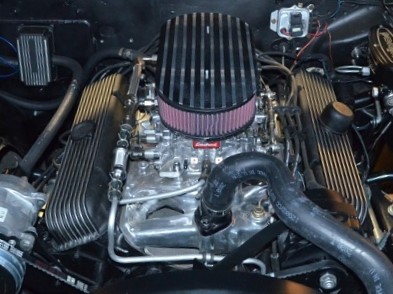