Several years back, I worked with a young tech named Rob. After we closed shop one day, he walked out to his car, opened the hood, and jump started the engine with a hand-held battery pack. 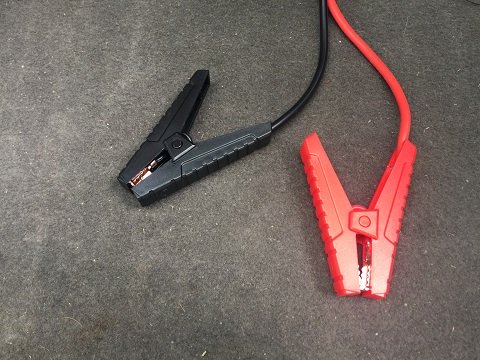 After several back-to-back days of this, I suggested he buy a new battery. "The car's not worth it", he replied. "And the jump pack was only half the cost of a new battery."

Rob was right on both counts. His old car had a lot of issues -- it really wasn't worth putting $120 into. And you can buy a battery jump pack for half that amount.

Portable jump starters are small and convenient and allow you to jump-start your car without another vehicle. You don't have to wait or rely on someone else's help when you need a jump.

When a battery pack manufacturer lists "peak power", it's similar to a car manufacturer stating an engine's peak horsepower. It's really more for bragging purposes than real-world application. But to compare one jump pack to another, the peak power rating is most often used.

How Many Amps Do I Need?

One of the more popular battery jump pack brands is Noco. Their "Boost Plus" GB40 model is advertised at 1000 peak amps and is powered by a lithium battery, which Noco claims has enough power to jump-start your vehicle up to 20 times between charges. 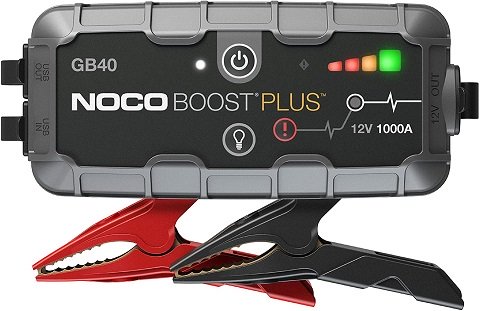 Th GB40 also has a flashlight and a five-volt USB port, which is handy to charge your smartphone or tablet with. At less than seven inches long and just three inches wide, it's very portable. Included is a storage bag. Noco products carry a one-year limited warranty.

Although Noco is a top-rated brand, it's also one of the most expensive. For those looking for a better value, Audew makes a comparable jump pack at considerably less cost.

As mentioned, a 1000 amp battery jump pack is capable handling most jump starting scenarios, but you might want or need something more powerful. If you’re willing to spend a little extra, you can buy a more powerful jump pack.

The GB70 is Noco's larger jump pack and features a polymer battery instead of a typical lithium starter. With peak power rating of 2000 amps, it will provide up to 40 jump starts for 12 volt vehicles with either a gas engine or diesel engine (up to 8.5 litres). 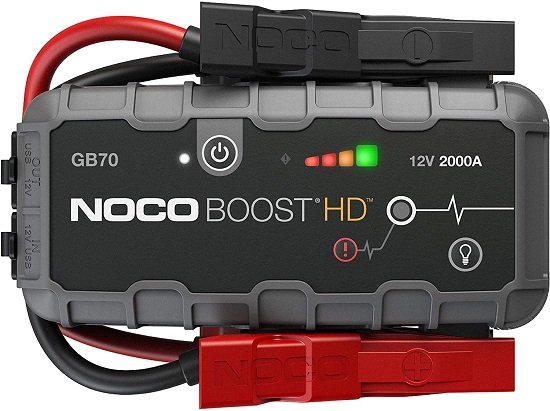 The many scenarios in which you would need a flashlight include being stuck on the road changing a tire, inspecting for damage, and needing to warn oncoming traffic that you are broken down. Most battery packs have built-in flashlights. Generally there will be several modes of LED light, such as steady, strobe and SOS.

NOTE: Although their small size makes them easy to store, it's probably not a good idea to keep a jump pack inside a hot vehicle during summer months.

Having a battery jump pack with you when traveling means never getting stranded with a dead car battery. They're also handy for motorcycles and lawn tractors, and vehicles that don't get driven often. The more cars you have, the handier a jump pack becomes!