By today's standards, the Crossfire fuel-injection system is downright simple, but when new, it baffled many owners and technicians alike. Diagnosis of a Crossfire fuel system should start at the fuel pump. It is a low-pressure, high-volume electric pump mounted inside the gas tank.

When the ignition key is turned to the "run" position, but before the "crank" position, the fuel pump gets power from the battery, runs for a few seconds, and then shuts off. If you can hear the pump run, you know that the ECU's (electronic control unit) control of the relay (as well as the relay) are functioning properly.

The gas filter is located on the frame rail just behind the front right tire. It is held on by a bolt and bracket. Before you loosen the hose clamps, pinch off the hose about a foot back to prevent gravity from emptying your gas tank! 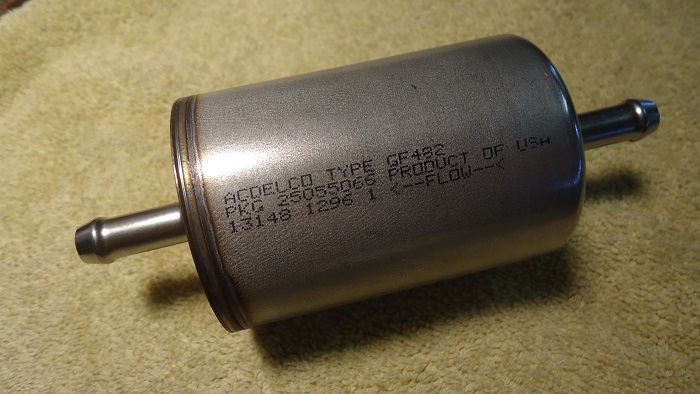 Old fuel lines and hoses may cause restrictions due to kinks and/or dents, and old rubber fuel lines may have collapsed inner portions. If the car has been sitting for years it would be wise to replace these anyway.

To troubleshoot a Corvette Crossfire fuel system further, you will need a fuel-pressure gauge. Although later-style EFI units have a Schraeder valve on a fuel rail to hook up the gauge, the Crossfire injection system does not. To test the fuel pressure, find the inbound fuel line and add a "T" the line, so that you can hook up the gauge. On the Crossfire system, the fuel enters the drivers-side throttle-body and then goes to the passenger-side throttle-body before being returned to the tank.

Any pressure reading below 9 to 15 psi should be followed up by removing the fuel filter and rechecking. This will verify if a clogged filter is the culprit of the low reading. You can purchase a fuel pressure adapter (OTC #7665) that takes the place of the inline fuel filter (for test purposes only). If the readings are still low, check for restricted passages, or an inoperative fuel pressure regulator. 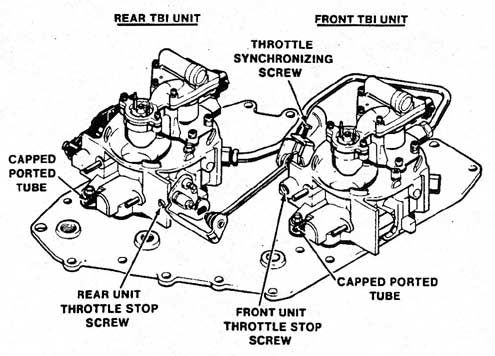 The throttle-body unit on the passenger side contains a fuel pressure regulator.

The throttle-body unit on the driver's side contains a fuel pressure compensator.

They are both enclosed in their prospective throttle-bodies.

On the passenger side throttle-body, there is a rectangular hole in the casting between the injector and the rear part of the regulator casting. If you look in that hole carefully with a flashlight, you will see a little tab extending out with a spring holding it down. That is the moving part of the regulator.

With the engine running, try lifting up on the pressure regulator tab. You can insert a small flat-blade screwdriver into the hole and lift up on the tab and let it snap back down to re-seat the regulator. The engine will stall, since the fuel pressure will drop to zero when this is done, but it may clear out any debris stuck in the regulator (it will flush back to the gas tank through the return line). Once debris is cleared from the regulator, it should run at a consistent pressure rate.

If this test does not help, you may need to replace your fuel pressure regulator/compensator.

If the fuel pressure readings are satisfactory, the next step is to see if the injectors are opening. The easiest way to do this is put a stethoscope (or long screwdriver) on the injector, and have someone crank the car while you listen for a slight "click click". The light clicking sound is the injector opening and closing.

If the injector continues to supply fuel even after the wires have been removed, it needs to be replaced. When changing injectors, be sure to install ones that have the same resistance as the originals. There is a small filter for the fuel injector nozzle, located under the fuel tube assembly. Inspect and clean this filter. The front and rear injectors are different from each other - check that they have not been reversed. Correct injector pressure is 11 psi.

If the car has sat for several years, it may be necessary to rebuild the throttle bodies. Rebuild kits are available, and similar to rebuilding a carburetor, it's basically disassembly, cleaning, and reassembly.