Produced from 1966 to 1985, Fiat Spiders came standard from the factory with a twin-cam four-cylinder motor, five-speed manual transmission, and four-wheel disc brakes. The body was designed and built by Pininfarina, the same Italian coach-builder that gave us the Nash-Healey, Alfa-Romeo Giulietta Spider, Ferrari 250 GT, and other great classics. 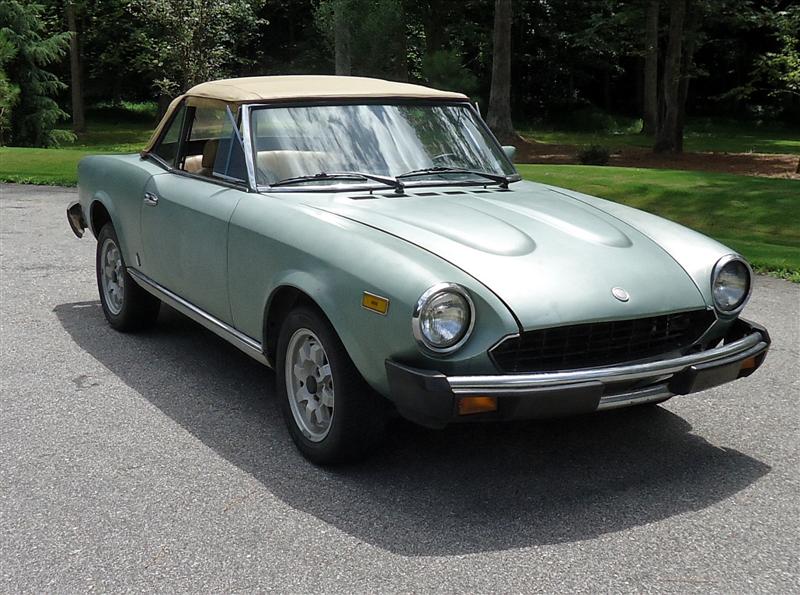 We found this car for sale in the parking lot of a restaurant in Myrtle Beach, SC. The body was straight, the convertible top and tires were new, but the car needed mechanical attention. During the price negotiation, the owner offered to drive it to our house, which was nearly 200 miles away. Not only did this save the hassle of having it towed, it showed it was a reliable running car.

Before buying this Fiat Spider, we looked at several other classic sports cars, including a 1974 Triumph TR-6 (seller would not negotiate) and a 1973 MGB (seller changed his mind and kept the car). There was also a Porsche 911 that was priced well under market value - turned out the car's drivetrain was not original. 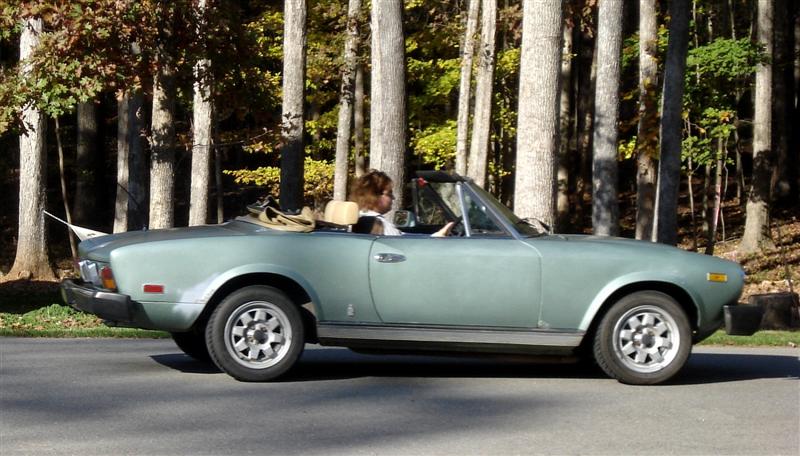 In fair-to-good shape, Fiat Spiders sell between $4,500 to $8,000, making them affordable classic cars. Aftermarket parts and supplies are not very good, but there's plenty of enthusiast sites on the web.

Although the Fiat Spider engine was of an efficient design, cars sold in the U.S. were required to have pollution devices, regardless of whether or not they were really needed. In order to continue selling to its largest market, Fiat complied by adding on smog equipment, which burdened the motor, choked performance, and caused driveability issues.

The 1974-1979 carbureted models with emissions systems had the lowest performance, and subsequently are the most affordable.

An aftermarket carburetor like a Weber is an easy bolt-on upgrade. It will add more power to a stock engine, but will be more effective with other modifications, such as aftermarket cams and headers. Most carburetors you see offered will have an electric choke, which makes installation easier.

One of the best intake manifolds to upgrade to is the original factory piece on 1975-1978 1800cc Spiders, casting number 4264350. It is a single-plane intake manifold and will accept downdraft carbs with up to 34mm bores without modification. These can be hard to find, but they did come on other Fiat models as well as Spiders. 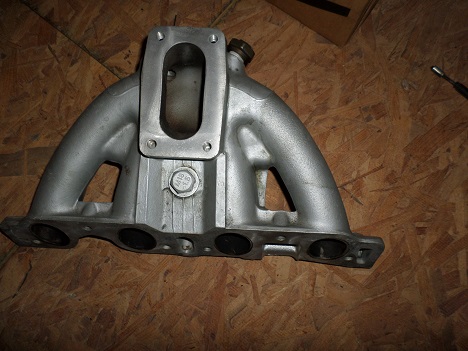 Timing belts on the 2.0L Spider motor are only rated for 20 to 25k miles. If a timing belt breaks, the 2.0L engine will free-wheel (no damage). On earlier 1800cc engines, broken timing belts will damage engine parts.

Timing Belt Replacement on the 2.0L Spider can be time-consuming and frustrating. The crank pulley, auxiliary shaft sprocket, intake cam sprocket, and exhaust cam sprocket must be perfectly lined up as the belt is installed or the car won't run it's best.

When I first bought the car, a previous owner had disconnected and blocked off the original mechanical fuel pump (without removing it) and rigged a universal electric fuel pump inside the trunk. I understand why this was done--replacing the mechanical pump requires much more labor.

The carburetor was not getting enough fuel, which I traced to the electric fuel pump. The path of least resistance was to replace this fuel pump with another electric fuel pump, which I did. But several months later, I was having fuel issues again. 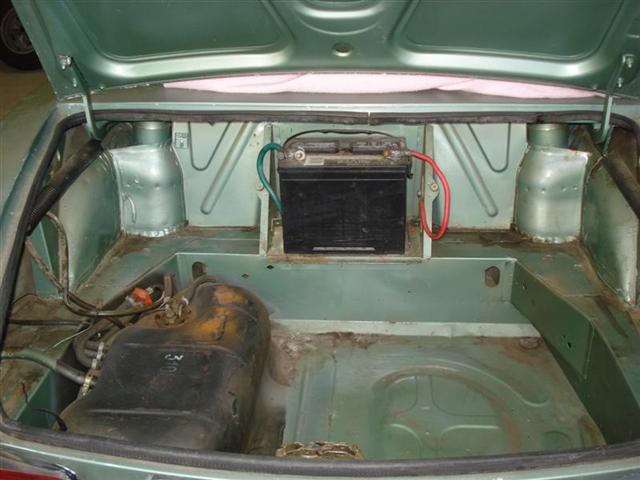 After ordering a replacement OE type fuel pump online, I spent several hours removing hoses and wires to get to the original one, which is under the cylinder head and buried pretty deep. The fuel pump has to be timed with the cams. 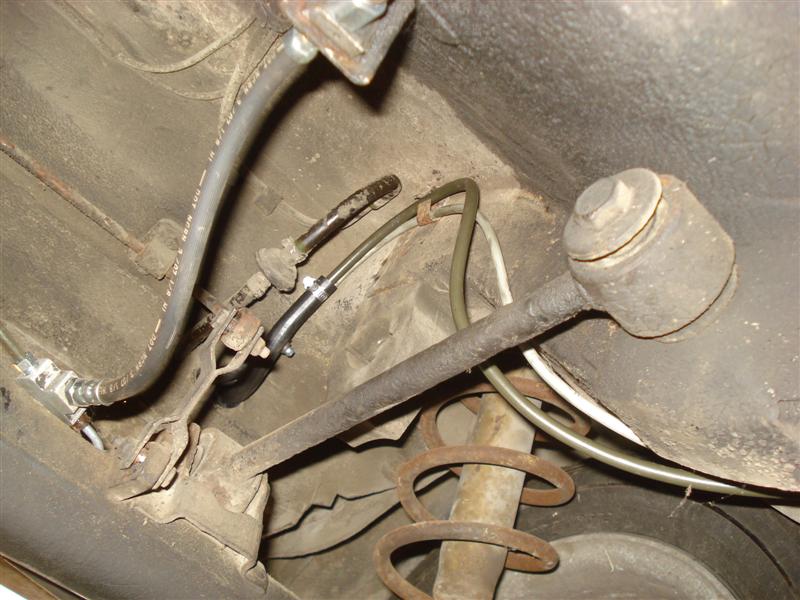 While I was replacing the fuel pump, I also replaced the metal fuel line that runs from the trunk of the car to the engine compartment, and installed an inline fuel filter. Once the O.E. style fuel pump was installed, the Spider ran better than ever.

Electrical issues on old Fiats can usually traced a bad ground. Spider models have fuse panels under the dash just below the steering wheel to the left. The fuses are the older European style, like early VW Beetles. These fuses are made of aluminum and sometimes copper.

Many old car electrical problems are as simple as loose and corroded connections, a blown fuse, or a melted fusible link. If several electrical components aren't working, that may indicate a fuse or ground connection.

Many Fiat Spider electrical problems can be cured by removing the fuses and cleaning the terminals with Emory cloth. Sometimes simply turning (rotating) the fuses in their holders will help get a better connection. If you still have electrical issues, consider replacing the original fuse boxes with a modern-style fuse box and fuses.

Any year Fiat Spider is a good classic car driver, as they are not so valuable that you would worry too much about it every time you drove out. And it is a fun car to drive. 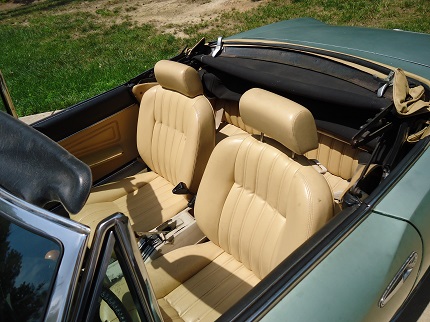 Wheel options are limited because of the odd 4x98mm bolt pattern