Introduced in March of 1955, Chevrolet's new 'Task Force' series was quite a departure from their existing line of pickup trucks. Smooth, rounded sheet-metal replaced the old pontoon-style fenders, and large, wrap-around windshield glass offered better visibility and gave a more contemporary look. And for the first time, an eight-cylinder motor was available. 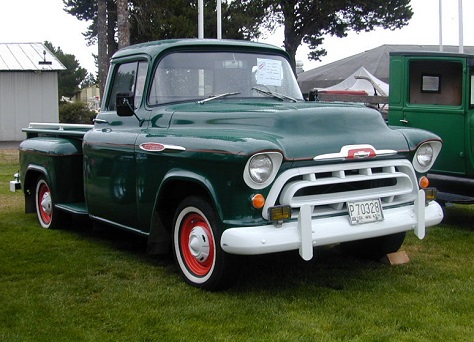 The 1955 model year began with the continuation of Chevrolet's 'Advance Design' pickups, which dated back to 1947. These first-series trucks, built until March of 1955, were durable and sold well. But Ford's new 1953 F100 pickup, as well as Dodge's new 1954 truck models, prompted a re-design to a more modern looking truck.

Standard on all models was Chevy's venerable Stovebolt Six, displacing 235-cid and producing 123-horsepower. More efficient and more powerful than the six-cylinder motor was Chevy's all-new small-block V-8, which was also 30 pounds lighter. 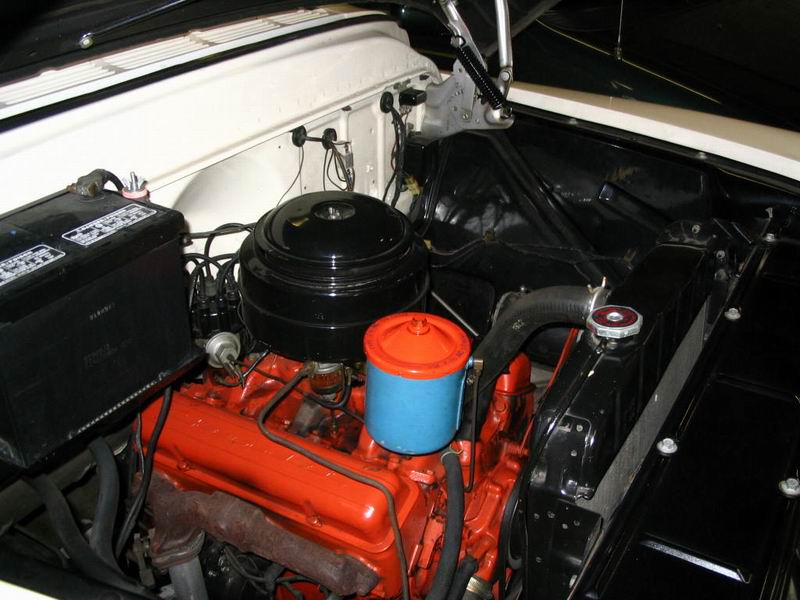 First-year Chevy V-8's did not have an oil filter nor a provision for one. An add-on filter canister, mounted atop the thermostat housing, was optional.

Electrical systems, upgraded from 6 to 12 volts, were one of many improvements on the new series of trucks. The biggest news was Chevrolet's new small-block V-8 engine, introduced on 1955 passenger car models, was now offered with their trucks. 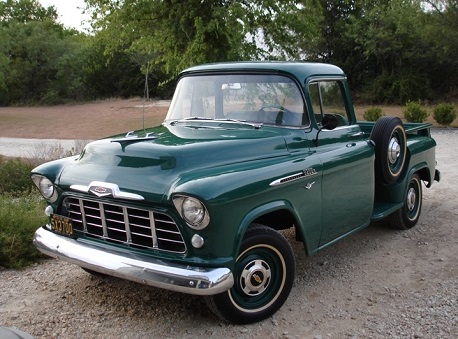 Along with 1957 Chevy passenger cars, third-year Task Force pickups received a distinctive new grille that would be a one-year only feature. Increasing the bore of the small-block V-8 increased displacement from 265ci to 283ci. Engine output increased to 185-horsepower. 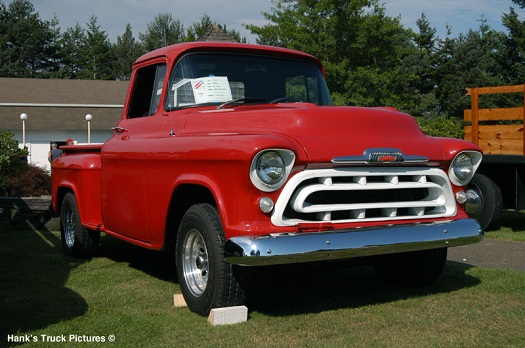 To accommodate an industry-wide switch from two to four headlamps, all Chevy passenger car and truck models saw styling changes.

The new Apache model came standard with painted grille and front bumper, and could be upgraded to chrome. The new Fleetside model featured a smooth-sided cargo box and larger bed capacity. Model designations were shortened to 31, 32, 35 and 38 series. A recasting of the 283 small-block gave thicker cylinder walls and side motor-mount bosses. 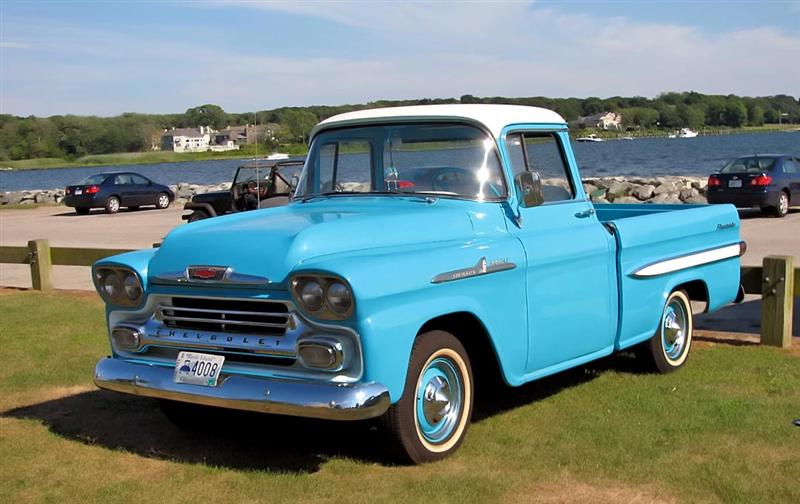 Before 1958, Chevrolet had used outside suppliers such as Minnesota-based NAPCO (Northwestern Auto Parts Company) to convert their light and medium-duty trucks to four-wheel-drive. A GM-designed 4X4 drivetrain was now available. Air-conditioning also became available as a dealer-installed, factory-authorized option.

The last year of Task Force trucks saw minor changes only. Front and side emblems were changed to distinguish this year's model from last year's. Posi-traction became an option, and larger drum brakes were fitted. 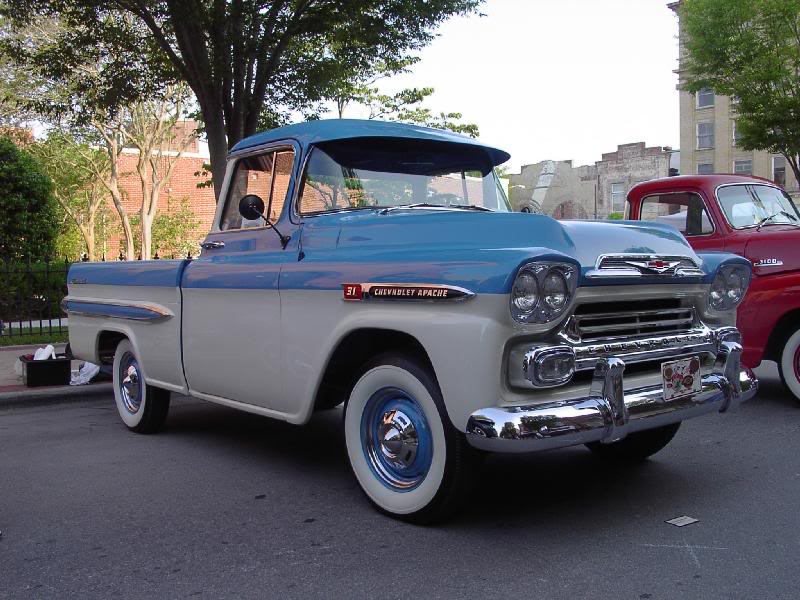 If you own several classic trucks a sturdy metal RV carport cover could be used to protect them from the elements.